Storm routes will be used when side roads have not been plowed open after a snowstorm, also after heavy rains or when side roads are in poor traveling condition. School will be closed when weather is considered a safety hazard.

When storm routes are run, they will generally be for both morning and afternoon trips, which means parents must meet the bus in the afternoon as well. If the road conditions change during the day, the use or cancellation of storm routes may change. If a change is made parents will be notified.

Parents may meet a bus at any place along the oiled roads where the buses are traveling.

EXCEPTION:
During the afternoon route only, students must be discharged from the bus so they do not cross the highway while the bus is controlling traffic.

Those students that are absent because of storm route will not have the absence counted toward their attendance record. 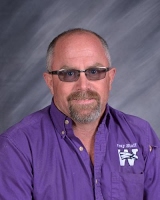